Was 2012 to remember or forget

Was 2012 to remember or forget 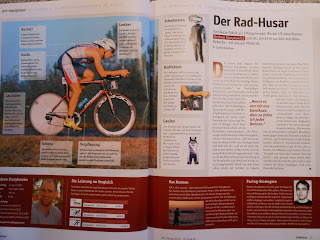 Every body check out your Triathlon magazine for the New Year.  I am getting love IN GERMANY.  In the last month I have been on the homepage of multiple European (polish, german, spanish) websites with features for the monster rides in Florida and Arizona along with posting the fastest American Ironman in the last decade.  Slowtwitch shared the feeling with Stark raving fast IM bike split along with best of on the bike and also one of the quotes of the year when I commented about my running, “no gorilla will ever run like a cheetah!”

With the way the year ended reflection on the year is difficult.  I feel I let a few of my coaches and sponsors down because I did not deliver crushing performances all year.  Yes in the end I gave them one of the sweetest gifts possible, a world record and big wins.

Most of 2012 was spent suffering.  Spending time stranded in Abu Dhabi in and out of police custody with inadequate medical care for over a month.  Then the surgery to completely rebuild my shoulder.  The months of rehab and coping with depression, the constant uphill battle to just get back.  Then there was the beauty of the year.  I got engaged and married, I recovered much quicker than doctors and physicians ever thought possible.  World records were set, races were won against all odds.

Check in on Thursday…Q&A’s are back!