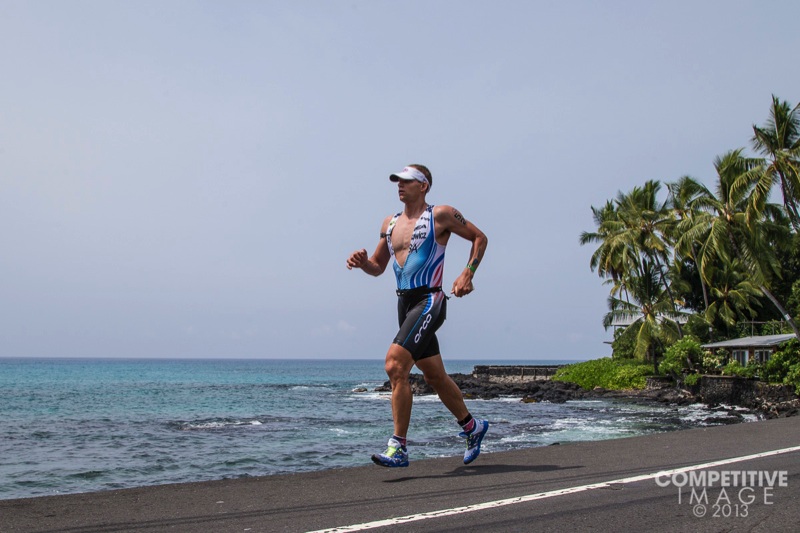 STARKY SAY’S
Let’s be real, the sport of long distance triathlon needs a big change. The age groupers and professionals alike have voiced their displeasure with WTC on social media and in forums but most are like a kid with an electric fence, they keep coming back and grabbing it and getting shocked. WTC makes a bunch of little “spit ball” changes and they see what sticks. Some of these decisions are great, like the points system for Kona and others are flops. Challenge provides a great race and there recent alliance with Rev3 gives the company true worldwide potential, but the athletes need to come in groves and show their frustration with WTC by racing their biggest competitor. For the success of the sport all of the major triathlon events need a pro field no questions asked.  It is good for the local communities attracting them to come out and see the world’s best, the sponsors that are exhibiting the races because they will get hype in social, web, and print media, and the age groupers who get to rub elbows and ask pros questions in the Pro Panels.  What other sports can an age grouper race right next to the world champion and compete at the same world championships.

I loudly agree with WTC’s changes for larger purses, but it is only a baby step in the “right” direction. Yet I am shocked and really disappointed in their choice of races. The more I looked at it, the more it makes sense. The pro races that they eliminated were all WTC owned events and they kept pro fields at all Ironman branded events. Yet I think they should’ve looked at the history of the sport and where the pros race before they did this.  I showed in part II where the pro’s raced and it is not in Oceana and Europe where none of the Ironman’s were cut.  If you look at the 5 classic Iron-distance races in North America you get: Florida, Placid, Canada (Penticton), Vineman, and Hawaii. Florida and Placid no longer have a pro race. Canada (Penticton) is a Challenge event because the local council did not want to deal with WTC anymore. Vineman full in the 2000’s opted not to be sanctioned an Ironman event and has continued to be a classic on the West coast. This shows WTC’s commitment to the roots of the sport.

Now let’s look at how can pro’s get paid more without breaking the bank? Easily, divide the races proportionally such that at every race there is EITHER a male or female pro field at every race. The only race in which both would race together is races like Challenge Roth and the WTC World Championship events. Why divide the field? A standard 70.3 prize purse of $15,000 purse divided between men and women benefited the champion and runner up and the rest lost money on the trip. Keep in mind that the average cost of a trip these days is at least $1,250 ($500 flight, $300 bike box, $100 rental car, $250 hotel, $100 in gas/food/parking). If we get lucky there is a homestay available and it saves us $250. Now if it was moved to a single sex race the prize breakdown would look like this. 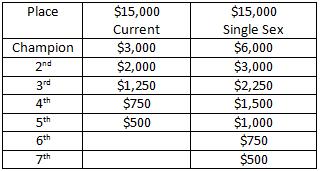 This will allow the podium to make money to pay more than just travel to the race.  It will also allow females to be showcased at events across the world instead of being overshadowed by the men’s race which they often claim to be.

This will not only benefit the athletes but WTC. As only a few athletes know, many of the WTC venues are break even before the 1st athlete signs up through sponsorships, concessions from the local visitor’s bureau, and income from the merchandise tent. The local towns give a lot because these events bring in over $2 million of revenue to small towns that host these races.

I digress; the change to single sex races will allow WTC to take bids from 20 cities to be the featured location of a Regional Championship instead of just 10 cities. With the funds brought in from the bidding wars from these cities the sport can get a monthly 1 hour time slot that covers the sport of long course triathlon, race previews, race footage. A one hour program has 48 minutes of coverage and 12 minutes of commercials; this will allow race sponsors to get their name on more than just a race. The main reason that Ironman grew the way it did in the 80’s and 90’s was because of television coverage for not just Kona but many of the races. Since 2008 when WTC was purchased by Providence Equity the coverage has been measurably cut down both on TV and internet in the United States. In Europe, where most of the races are Ironman branded but not owned, the sport of triathlon coverage on television has grown as the sport has with regional live coverage for most races. This can be clearly seen in State of Triathlon Finale by Slowtwitch.

In addition to growth via number of athletes in the sport, television coverage will drive non-endemic sponsorship for both the races and pro athletes. 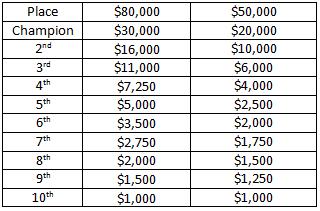 Is this sexist? No, this will allow women to be the showcase at events, be the true leaders at the race and showcase their sponsors. In return there will be an increase in sponsor’s interest in sponsoring elite women. This will also allow the races to “potentially” have better officiating since there is only 1 pro race going on.

How did you do? The sports world is not created equal. Just go on Slowtwitch and see which pros are being talked about and who is out there voicing their opinions. It is pretty clear who the age groupers follow.

Am I pot calling kettle black? Maybe a little but I go out and win races. Five years ago I was not racing WTC events, I was doing Lifetime and Rev3 races because they paid well for 5th and 6th place performances. Now that I have honed my skills and I am strong enough to win I do a few of the better paying WTC races. Wouldn’t you race them if you could win?

Fighting to Win and Punish,